Of course, LIBOR may remain viable well past 2021, but we do not think that market participants can safely assume that it will.  Users of LIBOR must now take in to account the risk that it may not always be published.

In our view, it would not be feasible to produce a robust, transaction-based rate constructed from the activity in wholesale unsecured funding markets.  A transactions-based rate from this market would be fairly easy to manipulate given such a thin level of activity, and the rate itself would likely be quite volatile.  Thus, LIBOR seems consigned to rely primarily on some form of expert judgment rather than direct transactions. 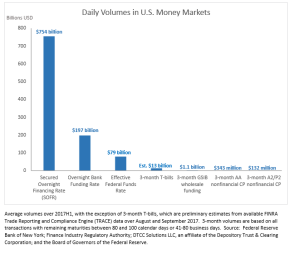 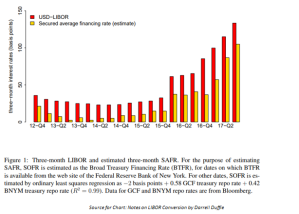 Now, however, market participants have realized that they may need to more seriously consider transitioning other products away from LIBOR, and the ARRC has expanded its work to help ensure that this can be done in a coordinated way that avoids unnecessary disruptions.